Patients with de Quervain syndrome have painful tendons on the thumb side of the wrist. Tendons are the ropes that the muscle uses to pull the bone. You can see them on the back of your hand when you straighten your fingers. In de Quervain syndrome, the tunnel (the first extensor compartment; see Figure 1A-B) where the tendons run narrows due to the thickening of the soft tissues that make up the tunnel. Hand and thumb motion cause pain, especially with forceful grasping or twisting.

Doctors are not sure what causes de Quervain syndrome. Patients often describe a feeling of inflammation, but studies have shown that the process is not inflammatory. People of all ages get it. When new mothers develop de Quervain syndrome, it typically appears 4 to 6 weeks after delivery. The old theory that it was caused by wringing out cloth diapers has been replaced by concerns about holding the baby, but changes in hormones and swelling seem more probable.

Treatments that can relieve symptoms include:

Treatments that attempt to change the course of the disease include: 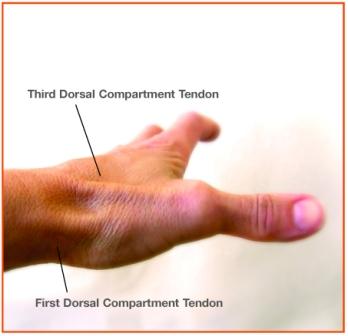 Figure 1A:  The first dorsal compartment. There are six compartments on the dorsal, or back, side of the wrist. The first and third compartments house tendons that control the thumb. 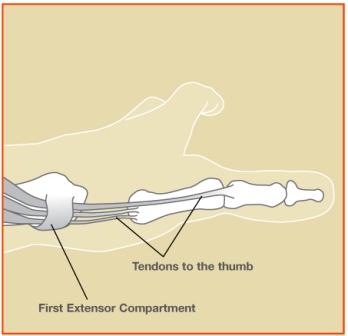 Figure 1B:  A drawing of the first dorsal compartment. 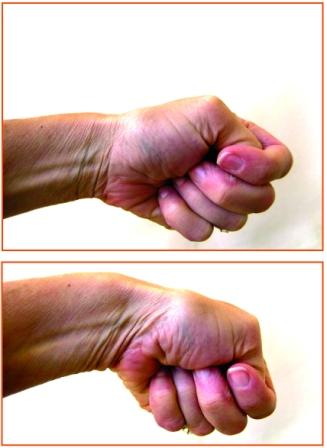 Figure 2A and B:  Pain with this motion (a hammering motion with the thumb in the fist) is characteristic of de Quervain syndrome.